By bemindful3rd December 2018No Comments

“Mindfulness brought me back from the brink of death”, “Mindfulness becomes kindfulness”, “power and wisdom needs compassion”, “compassion is more powerful than bullets” or “curiosity and kindness creates soldiers of peace”. 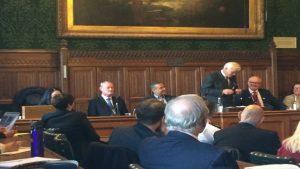 In the twenty years that I have studied and followed politics, I would never have believed that I would hear the above stated in the UK House of Commons. If another ‘world is possible’, mindfulness and compassion seemed to be identified as the key qualities required to create the culture for its realisation.

Dougie MacPhail and I had been invited along. As qualified MBLC and CBLC teachers, we had taught a number of mindfulness and compassion courses to personnel of the Scottish Ambulance Service (SAS), Fife. Using diverse methods and measures, Dougie had collected data from the participants for his final year MSc Mindfulness dissertation at Aberdeen University. It was wonderful that he had received a 1st Class with Distinction for his work. It was fantastic that the SAS had been so impressed that they had commissioned four further mindfulness courses. But it was beyond belief that I stood on 25 October 2018, and watched ma mate Dougie presenting his findings to this busy House of Commons Committee. I must admit to having a manly tear in my eye as I nearly burst with pride.

In fact, I had to pinch myself a couple of times during the day. For over two hours, we witnessed humbling and inspiring testimonials from MPs affiliated to different parties, from former and current police chief constables, and from retired and serving military officers. It was thrilling to hear how mindfulness training had empowered people working in the most stressful of environments to take back control and find new meaning in their lives.

Families of service personnel spoke of the essential role of mindfulness in not just helping individuals but also helping families cope with life in the Forces and Services. All reinforced that a mindfulness teacher with a shared experience of the working environment was of greatest impact. Studies were utilised to evidence that a focus on practice was far more effective than any didactic teaching. 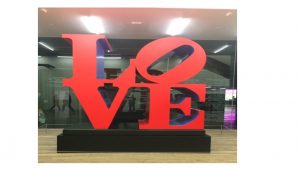 A couple celebrating over 100 years of mindfulness practice between them, spoke of running a six-month retreat with US Navy SEALS. Again it was revealing to listen to them document the impact of introducing mindfulness and compassion to elite soldiers, not least the shifts from violent reaction to responding appropriately – often with kindness to the self and other.

Mindfulness academics complimented these testimonials with the latest cognitive research on the significance of attention for a healthy navigation of life, and the distortion of this attention from stress and anxiety in the workplace. Another offered a fascinating discussion of mindfulness as a ‘team sport’ and teaching programs on collective mindfulness. The shift from individual to collective mindfulness practice in the workplace was deemed the ‘new wave’ of mindfulness. Central to this was how much easier it was to be aware of other team members emotional hijacking and the importance of learning how to communicate to maintain group awareness. A wee bit like Gregory Kramer’s Insight Dialogue but less Buddhism and more group dynamics, I thought.

For me, the real message of the day was that yes, transformation was happening at an individual level, but mindfulness was now needed to provide a model of organisation and leadership.

Why? Well a great emphasis was placed on the necessity of mindfulness practice in key leadership roles. Personnel and leaders of the Blue Light and Armed Services spoke of working with complexity in an unpredictable environment. All of which was further exasperated, by increasing financial restrains and endemic levels of chronic stress. Old structures, cultures and habits of organisations and decision-making were said to be unworkable. The qualities induced by mindfulness awareness (pausing, noticing, responding, emotional intelligence, kindness to self and other) were identified as essential for todays organisation, institutions and services. If another ‘world is possible’, mindfulness and compassion seemed to be identified as key to creating an alternative culture for its realisation.

If this was not enough, academics from City London University used the opportunity of this mindfulness community meeting in London to invite all to a 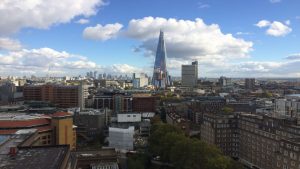 research workshop. So over lunch we were invited to continue with this theme of the ‘new wave’ of mindfulness or the shift from individual to collective mindfulness practice in the workplace. These academics brought together service men and women, with mindfulness researchers and mindfulness teachers to collectively deliberate on the the needs, wants, hopes and fears of each group. I thought the result was an awareness of interdependence or a witnessing of a symbiotic relationship, such that each became aware of the potential of a mutually beneficial collective endeavour – the creation of an us. It felt like the spark of a collaborative mindfulness community working towards individual, collective, institutional and cultural understanding and change. There was a great deal of data collected by the academics facilitating the event and an invitation to return to clarify and elaborate on all the themes that emerged.

Later on Friday, I sat and shared my experience with Barbara Reid and Heather. They were preparing to facilitate the ‘Bringing Whole-Heartedness to Our Mindfulness Teaching’ CPD Workshop. Barbara explained that the workshop was inspired by her training with Parker J. Palmer, author of ‘The Courage to Teach’. Reading the Forward to Palmer’s book on the flight home, the words of Wellesely College deeply resonated

“By virtue of their position, leaders can project darkness or light on the people around them and onto all those affected by their decisions. They, therefore, bear a special obligation to tune into the dark and light forces within themselves. Otherwise, they will do great harm. The salience of this message could not be more painfully obvious than it is right now all our institutions and organizations, [such as government, industry, unions, education, health etc]. (see Parker J. Palmer “Leading from Within”)

Where to find us